Hungary-based company Resysten has invented a hygienic coating that kills the coronavirus and other microbes, and prevents them from settling. For the coating to work only light is needed. The effect lasts for one year. 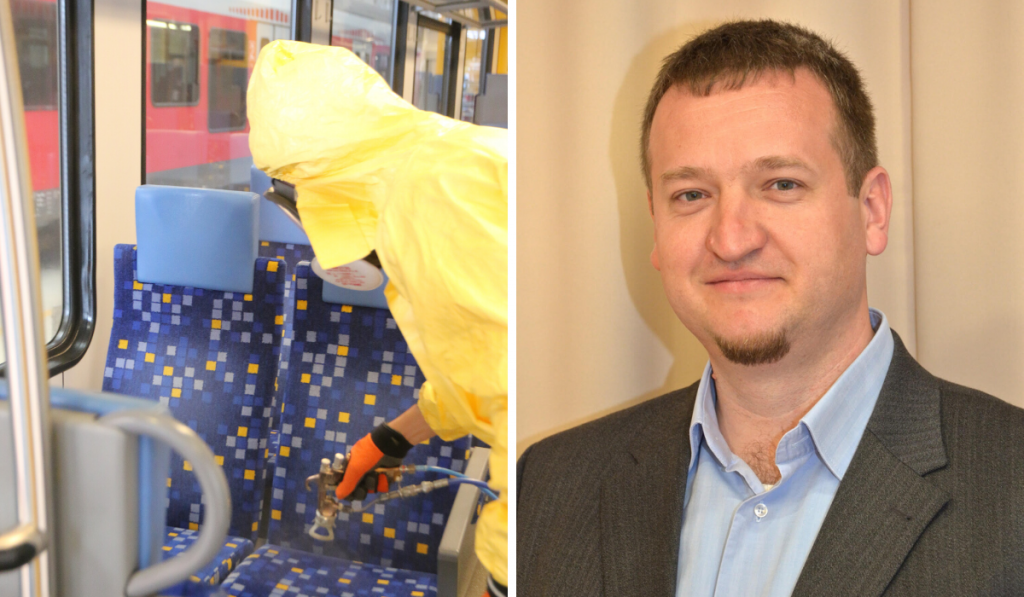 InnovateCEE: Supposedly  you can keep the coronavirus or any other microbes from settling on any surface. What exactly do you do?

Peter Lehoczky, Resysten CEO: We’ve invented a special substance that contains some metal oxides. The main component is titanium-dioxides, which makes our coating photocatalytic. That means it’s a hygienic coating that destroys biofilm and doesn’t allow viruses, bacteria, fungi or any other microbes to live on a surface. For the coating to work, we just need natural or artificial light.

How does it work?

When light reaches the surface, titanium dioxide  works like a catalyst of some processes that take place in the thin layer of the air surrounding the surface. Then free radicals generated, that results in the formation of hydrogen peroxide, are produced on the surface and what surrounds it, this very thin layer, becomes unlivable for microorganisms. Simply speaking, free oxides destroy the bacteria and other microbes, so they can’t live on the surface anymore.

How long does the effect last?

The coating works for one year. Titanium dioxide won’t come off a surface. The coating binds to the surface with strong bonds responding on the molecular level, so the coating can’t be removed by chemicals. Even in facilities such as hospitals where acids are used for very intense cleaning processes, the coating survives.

Do you have studies that confirm this?

Just to give a few examples: we have a report from one of the hospitals in Hungary. This is a 600-bed hospital where they do standard cleaning on a regular basis and they also have our coating on critical surfaces . As stated in the report, they credit our solution for reversing the upward trend of  Hospital Acquired Infections (HAI). HAI is a huge problem across Europe and, to be honest, on a yearly basis it kills more patients than COVID-19 wherever killed. Our substance reverses the trend and it really is remarkable.

We have the official approval of the Hungarian National Public Health Center for the substance to be used anywhere, but it should be checked every six months as there are different types of surfaces and it might happen that, say, the coating ware off.

CENTRAL EUROPEAN INNOVATION IN THE FIGHT AGAINST CORONAVIRUS

Also for all of our projects we do efficiency testing. We look for ATP (adenosine triphosphate). It’s a molecule present in every living cell and it’s responsible for energy transfer. This is a standard method, and it’s very common, such as in the food industry after any type of disinfection, and it gives an objective level of hygiene. That’s how we know and we can guarantee there will be significant reductions in microorganisms. And it’s why in our contracts  we promise between 70-90 % of microorganism reduction, and we can keep that promise.

What surfaces can be coated with your substance?

Any type of surface, and in all environments. Before the coronavirus we tested it and proved it works in public transport on buses and trams, in food processing plants, in supermarkets, say on trolleys, and in healthcare facilities like on hospital beds and toilets. Generally speaking, before the coronavirus we worked on lots of projects in public transport. Since COVID-19, interest has been coming from other sectors, like offices and open spaces. We have projects in offices, including for Hungarian Telecom, in shops and in court houses, pretty much everywhere. And also in applications on different materials. Sometimes seats in buses are made of fabric, not just plastic, and the substance is still effective.

If the coating destroys microorganisms, isn’t it harmful for people and the environment?

Titanium dioxide is not harmful. It is used in the food industry and the medical industry. You can find it in your chewing gum, toothpaste,  sun cream, even in some medicines for colds and coughs. We are sure that it is safe for human usage especially that it is bonded in our durable coating without the possibility to migrate from surface 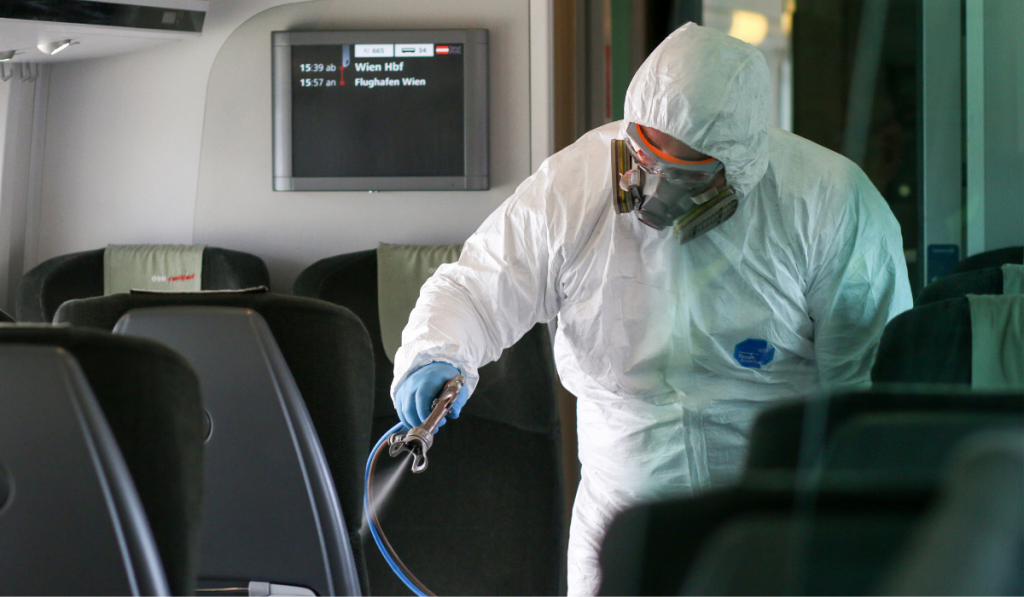 Is  your product a replacement for the standard cleaning methods, or it is complementary?

It depends.  In most places that have strict hygienic standards like in the food industry or healthcare,  it’s complementary. In other places with less strict standards such as airports and public transport, where they just need to keep surfaces clean, our product can be used instead of standard methods.

Who are your competitors?

We have heard about companies trying to produce similar coatings, but they have either just started manufacturing or they use different substances like silver ions, and even if they do use titanium dioxide, their effects last a couple of weeks or a month at the most.

What makes our product unique it that we do it all from A to Z, recipe creation, development, manufacturing, and applying it as well because the application process takes two or three layers to be sure it is a homogeneous surface. We train our people in how to apply our product, so we can guarantee one year of durability.  Also we go back and test its effectiveness. This is very important for us and it puts us ahead of the rest. That’s why we have a long-term service contracts for 3 to 5 years, and that’s financially easier for our clients, too.

I guess your company must be thriving during coronavirus.

The paradox is we have massive interest all over the world, but we’re encountering the same obstacle as everybody: the borders are closed.

Péter Lehoczky is CEO at ReSysten Hungary.  Previously he worked for IT companies. He graduated from Budapest University of Technology and Economics.