In factories of the future, fast moving robots will work alongside people. But in order to do that, they will need “eyes”, sensors that observe their surroundings and determine what their human co-workers need. A Slovak company called Photoneo, a pioneer in 3D scanners and cameras, is working on developing such sensors for robots.

Is it difficult to pick out one screw from a box full of screws? For you and me it isn’t. For robots it is. In fact a simple task like that, called “bin picking”, is one of the biggest challenges in the field of robot technology. Why? Today robots working in factories are static and perform repetitive tasks. If a robot is programmed to drive screws, it receives only the right screws and the machine makes the same movements. Always. But selecting objects isn’t a repetitive task. The object isn’t always lying in the same place, the robot must make different movements every time and, as its most important challenge, the machine has to recognise the right object amongst an array of similar objects.

Factories of the future are going to look different, however. There will be not only static robots at work, but also robots in motion, working with people, able to pick up a screw from a bin and hand it to a worker. In order to do so, the robot has to distinguish which screw in the bin is the right one.

Three Slovak entrepreneurs, Jan Ziska, Tomas Kovacovsky (both studied computer vision technology) and Michal Maly (an expert in artificial intelligence), founders of the start-up Photoneo, have an idea how to solve the bin picking challenge.

“We‘re going to change the whole definition of machine vision by introducing new hardware and software solutions,” they declare.

Robots work in a 3D world, but we’ve been trying to solve their problems by applying 2D technology. One example is a conventional light technique derived from stereo vision, where a pair of cameras capture an object from two different angles. Then you need an algorithm that computes the 3D position of the captured object. Another way is by the advanced light approach, where one of the cameras is replaced by a pattern projector, which emits a well-defined, structured illumination. Then the camera captures the scanning area once for every projected pattern, and finally, the algorithm computes the exact 3D position of the object point. Both of these techniques are expensive and optically ineffective.

The Slovak entrepreneurs have a different approach. They want to give robots “human-like” eyes: to develop the most advanced 3D camera and 3D scanner. “A 3D system can offer you depth of field, which is very important mainly for robots that move in a 3D space,” Branislav Pulis, head of sales and marketing for Photoneo, says for InnovateCEE. 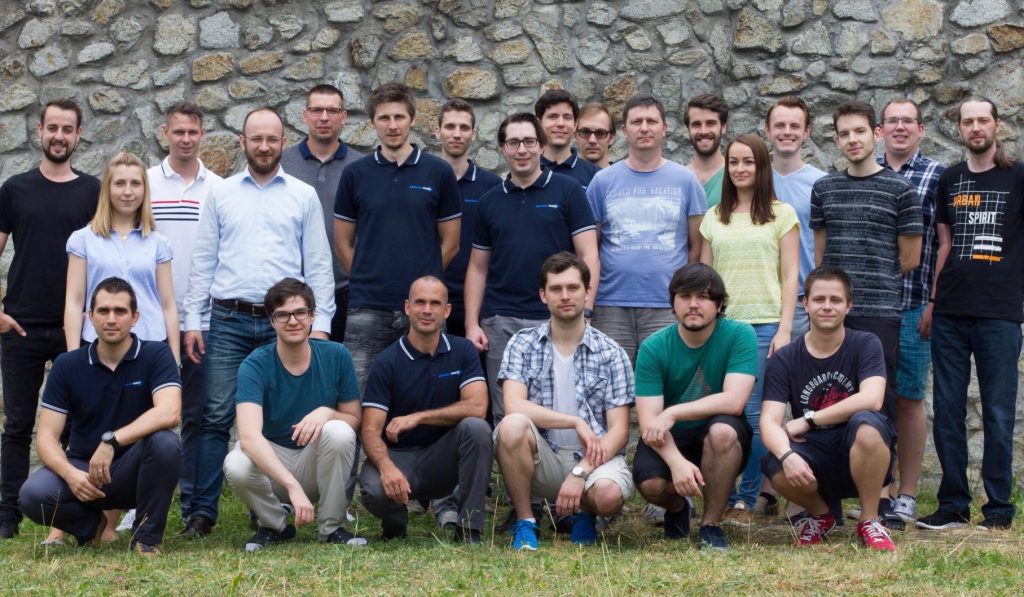 A 3D scanner in a box

In 2013 Jan, Tomas and Michal set up Photoneo and started to develop a prototype of the 3D scanner. They began to pour their own savings into the project. Soon they needed additional money, and say they were “lucky” to gain capital from several Slovak and Czech angel investors.

“It was not easy to persuade the investors, because all we had was a little box to show them. We didn‘t have chip at the time. So we were lucky that some investors were able to envision the potential of our product,“ Pulis says.

First, they developed a scanner that could capture 3D objects with their projection system and a sensor chip made by Sony. The chip is a very important part of the scanner, because it includes information on how the projection system should look and work. After a while they managed to land their first customer, from Italy.

“He had tested many different scanners from all over the world and told us that our technology was delivering the best quality of scan available on the market at that time,” Pulis explains.

The main advantage of their 3D scanner was in delivering a better quality 3D picture. Another advantage was its speed. It can capture various objects in real time and fast – 400 milliseconds. However, the 3D scanner had one drawback: it was static. In reality it works like that: a static scanner is hung in placeover a static bin with some industrial components, and a robot receiving data from a scanner is able to pick up the proper components.

So the Slovak entrepreneurs began to work on a chip of their own design to be installed in a 3D camera. “We decided to develop our own chip because there was nothing on the market suitable for our technology,” Pulis explains. Now the chip is a core part of their intellectual property, together with a patent on the projection system.

The advantage of the 3D camera was the ability to capture objects dynamically in motion. “We finished the development of our own chip last year and we already have the first prototype of the 3D camera,” Pulis claims. 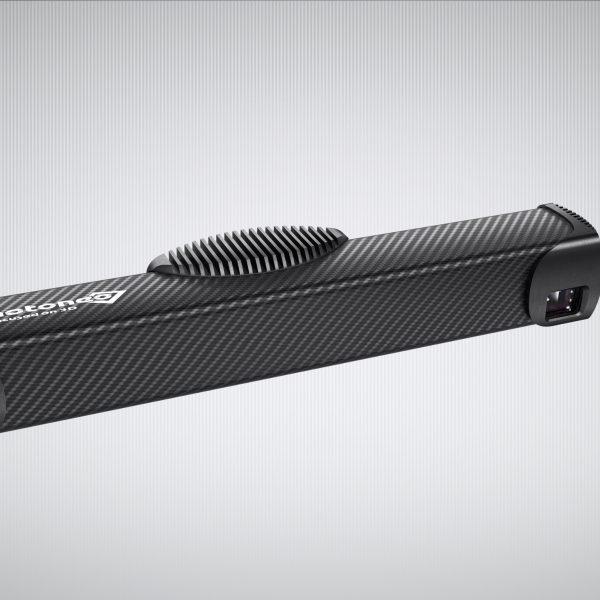 The technology behind the camera

Photoneo uses its own projection system based on coherent laser radiation. The optical system of their projector delivers all the emitted light to the scanning area. This allows the 3D camera to use just passive cooling, even in tough industrial environments.

The projector uses light of a specified wavelength and delivers resistance to other light sources, even in indoor environments with multiple lights. The projection system also delivers a high depth of field, similar to laser line triangulation systems.

The 3D camera is even more precise than the scanner. It‘s capable of capturing high-resolution 3D pictures at up to 30 fps (frames per second). The company calls it multi-image sensing and it is based on massive parallel processing at the level of photons.

“In collaboration with our projection unit, it basically freezes objects in space and delivers a 3D reconstruction free of all motion blur,”

The future belongs to smart robots

The competition is tough in this sensoring area, as there are several companies focused on 3D scanner and bin picking. “But the market for our product is so large and it‘s growing very fast, so we rarely encounter our competitors,” Pulis says.

The 3D scanner should prove useful in every company with assembly lines and robots. In combination with advanced algorithms, it is able to create robust applications for flexible automation of production.

Another area of application is in controlling quality of production. A robot taking data from a 3D scanner will be able to sort out incoming goods, to select damaged pieces and interactively react in real-time situations during production.The Slovak start-up has already sold hundreds of its scanners all over the world. They‘re marketing and testing their technology in companies in a variety of industrial areas, such as automotive, logistics and electronics.

The potential application of the 3D camera is much wider than that of the 3D scanner. The camera can be applied, for example, in a virtual Skype.

“We can scan a human being and project the image in 3D glasses. We can also scan an area for flying drones in motion and they could be navigated indoors,” Pulis explains.

In the future, the Slovak entrepreneurs envision this scenario: A smart robot with a 3D camera in its eye or in its hand will be able to pick out some components from a bin by itself. It could become a reality within two years.

“Slovak company Sensoneo has invented sensors that enable to monitor the level of waste in containers in real-time and optimize waste collection routes, frequencies and vehicle loads. Cities that use this technology save even 30 % on waste collection”

MitoTam: Czech discovery kills breast cancer cells. It is being tested in patients

“Czech scientists have developed a substance MitoTam that forces cancer cells into demise. The new substance has started to be tested on patients”.