Have you ever searched for a light switch in a dark room trying to avoid hitting the corner of the bed ? A Slovak start-up knows how to light up the darkness; without harming yourself; with one simple gesture.

The solution is the Wavie – a touchless switch light. It is controlled by one of the most natural behaviours, that is by a hand gesture. Strictly speaking, by six gestures and each of them causes a different reaction. Waving your hand you switch all lights on or only half of them, you can dim the lights or just turn them off.

The idea of Wavie was created up by five skilled IT guys from Slovakia three years ago. At that time they were working in the company that specialized in IT outsourcing and solutions. They believed there was enormous potential in such a product, because they wanted to replace the old school light switches that had been used for decades.

“The main idea was to bring to the market an universal gadget for many different IOT (Internet of things) that could be controlled by hand gestures” explains the founder Matej Cerny for the Innovate CEE.

The main hurdles on the way to final product for the small team were, hunting for additional financial resources and finding suppliers for a prototype of the product.

“The challenge was also that there was no other product in the world that could work with 220 V with no need for leads and with the ability to recognize six hand gestures,“ Cerny adds.

Wavie is smart and simple. When you want to switch the light on, you wave with your hand up; to turn it off you just wave down, and to dim the light you wave your hand around the switch. Gesture right and left manage to turn on only half the lights. It can be used also for creating a romantic atmosphere by dimming the lights.

“It works when your hand is roughly 10 cm from the switch, so there is little chance to turn it on just by passing by,” Cerny explains.

The gadget includes LED that enable you to see the switch in a dark room. Finally, the Wavie saves energy, it is attractive looking and it can be used not just only in private houses, but in public places such as hotels or hospitals. So the device can make your home smarter and more energy efficient. 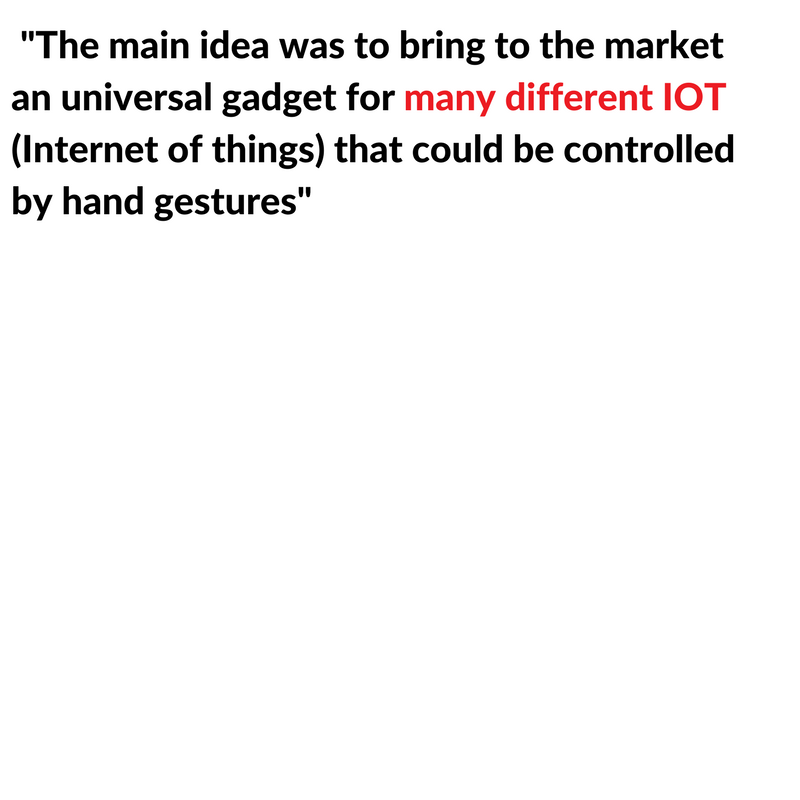 The intelligent switch can also save the energy. It includes an Eco function that enables one not to worry about forgetting turn off the light after leaving home. One of the functions, turns off the light automatically after several hours. There is also an holiday mode that simulates the owner being at home by occasionally switching the lights on and off. Finally the touchless switch avoids bacteria, unlike other products, therefore it is suitable for hospitals, hotels or public toilets.

Moreover, except the practical usages of the light switch functions, they decided to provide users also with an esthetic experience. Now we can forget about dull black and white switches. Wavie is produced in many colours and the covers are made of cut glass attached to a high-quality metal frame by neodymium magnets, which are easily replaceable. They can be engraved with almost any image from a company logo to a personalised symbol.

The company is trying to penetrate the market of light controls with the intelligent touchless switch device. It’s a product that is programmable, so it can be used to control any other device, like electric shutters or garage doors. The gadget includes two microprocessors, and it works on gesture control frequency. The device can control two independent light circuits with a maximum switching power of 400W per one channel and 600W for both channels. It is a fully-fledged substitute for a double light switch.

Wavie is not the only provider of touchless switches, there are already several of them on the market, but usually they can only turn the light on and off and do not have any other options.

“For instance a Chinese company Livolo provides similar light switches with distant control included, however it has no WiFi and Bluetooth, mobile applications,” the cofounder explains.

Another competitor is the Canadian company Ubiquilux which provides touchless control and dimming of multiple light circuits, the disadvantage is the way of manipulating, which is not as convenient as the natural gestures of Wavie.

The company is working on a new, upgraded version of its product. Wavie Next Generation will be operated by WiFi connection and is configured by mobile application. It enables the user to control also colour light modes. Moreover new functions like controlling by any remote controller or by sound such as a clap of hands or whistle are going to be added. There will also be the innovation of integrating various sensors into the light switch like temperature, pressure, and humidity. However in this high-tech field there are many larger player as GE, Philips or Lutron.

“Our main advantage is in the easy to control mode,” Cerny adds.

So far Wavie has searched for funding to start mass production and additional development via a crowdfunding campaign at Indiegogo.com. The sum of raised money was not sufficient for the further development of the product.

“We underestimated the marketing,” Cerny acknowledges.

The other problem was that the Wavie was focused mainly at the EU market because in the US there is a different electric current of 100 V. You can buy the gadget on their website or on other e-commerce sites like eBay, but the owners are looking for more distributors all over the world and are waiting for a venture capitalist.

“We are trying to penetrate many regions in Europe, the US and in the Arab world, but without additional funding we can not advance as fast as we hoped“ Roman Legini co-founder and sales manager of the Wavie said to Innovate CEE. 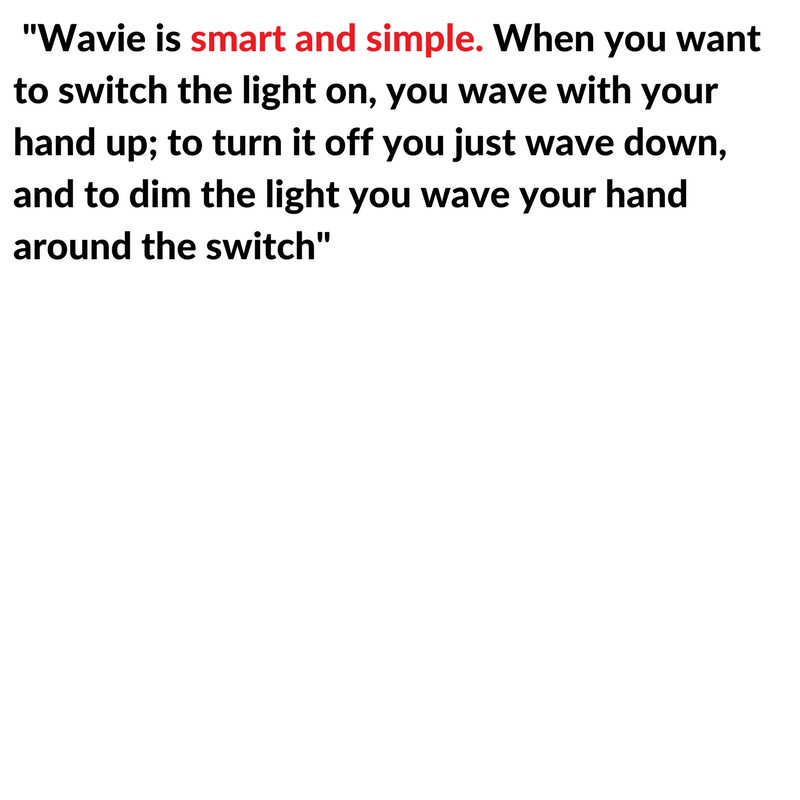 technology The smallest glucometer in the world

opinion Bill Aulet, MIT: Business is not magic. Anyone can learn it