Polish research team from Warsaw University have been nominated for EPO European Inventor Award 2018 for developing stable forms of mRNA ends. Their invention lead to effective personalised therapies for cancers and genetic defects.

Cancer is the second leading cause of death worldwide. Every year there are over ten million new cases of various forms of this illness around the globe. It means that two out of every five people can now expect to get cancer in their lifetime. Standard treatments such as surgery, radiation therapy and chemotherapy have made significant advances, however new methods are needed.

There are high hopes for personalised medicine, where therapies are based on a patient’s own DNA. Scientists from Warsaw University have developed a robust, more effective and easy-to-produce mRNA ending (so-called “cap”). Their invention made allows easier and more effective introduction of genetic treatments into human body.

One atom makes a difference

Human DNA has an estimated twenty thousand genes. They are instructions for building all proteins that make up the human body. DNA’s information is passed to cell’s ribosomes, where proteins are produced. It is messenger RNA (mRNA) that conveys instructions from DNA to ribosomes. If you change the messenger (mRNA) you will change proteins. Because mRNA is by its very nature short lived, the human body’s enzymes and proteins would most often break down any modified, externally-introduced mRNA before it was able to relay therapeutic information to the ribosome.

Based on research going back nearly four decades, Jacek Jemielity, Joanna Kowalska, Edward Darżynkiewicz and their team took a different approach concentrating on the particularly fragile ends of mRNA by capping them artificially with what is called 5′ (five prime) caps.

“The cap structure is very important for the metabolism of the mRNA. mRNA with no cap structure decomposes very rapidly and cannot perform its function. The cap, therefore, protects the mRNA from being degraded.” Jemielity explains.

The team’s solution was to alter one of the roughly 80 000 atoms in a typical mRNA molecule by replacing a single atom of oxygen with a sulphur atom, thus creating a synthetic cap for mRNA that took the place of the naturally occurring one. Their patented approach – which they dubbed Beta-S-ARCA – created stable mRNA that was five times more effective and lasted three times longer within a cell than the natural molecule, opening the door for mRNA-based therapeutics. 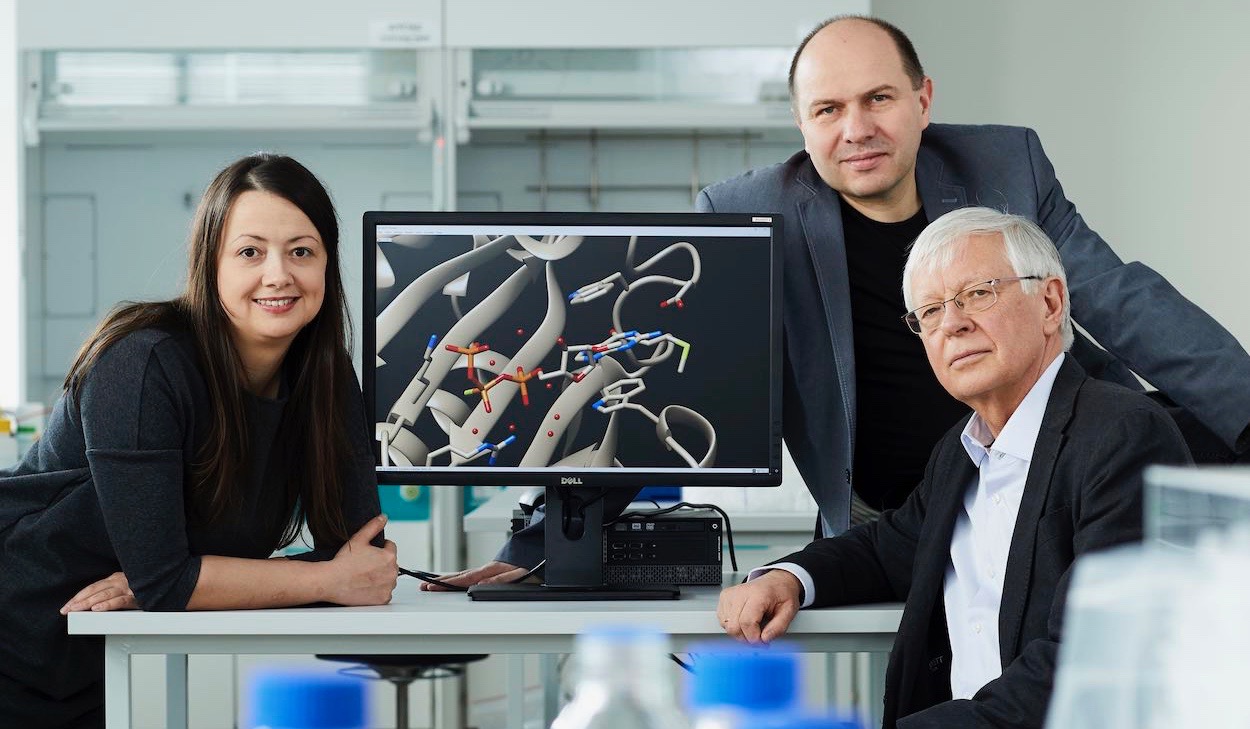 From lab to market

After filing for European patents in 2008, the team formed a business partnership with BioNTech, a University of Mainz (Germany) spin-off company that specialises in gene therapies. Initial clinical trials of therapies using mRNA caps developed by the UW team began two years later, and in 2013 BioNTech was licensing the stable mRNA technology to major pharmaceutical companies, including French multinational Sanofi S.A. and Genentech Inc. In July 2017, BioNTech released promising results from the first human trials of an mRNA-based individualised cancer vaccine, which uses the Beta-S-ARCA caps invented by Jemielity and his team: Eight of the 13 participating patients suffering from repeated relapses of melanoma cancer remained completely tumour free during the 23-month testing period. Of the five others who experienced new tumours, one exhibited shrinkage of the cancer growth.

For their achievements, Jemielity, Kowalska, Darżynkiewicz and a team of scientists from the University of Warsaw have been nominated as finalists for the European Inventor Award 2018 in the category “Research”.

“The approach adopted by the Polish researchers has the potential to widen the scope of personalised medicines using molecular biology. They demonstrate how European medical research is helping open up new approaches to treating cancer and other deadly illnesses that could potentially benefit millions of people.” said EPO President Benoît Battistelli, announcing the European Inventor Award 2018 finalists.

The winners of this year’s edition of the EPO’s annual innovation prize will be announced at a ceremony in Paris, Saint-Germain-en-Laye, on 7 June 2018.

business A self sufficient mobile house

opinion Technology can save the world