Quick at-home coronavirus test might be ready in June

Scientists are working to develop a new type of fast and easy-to-use coronavirus tests that will render results in 5 minutes and be as reliable as PCR tests. “Everyone will be able to take this test, even at home” – they declare. 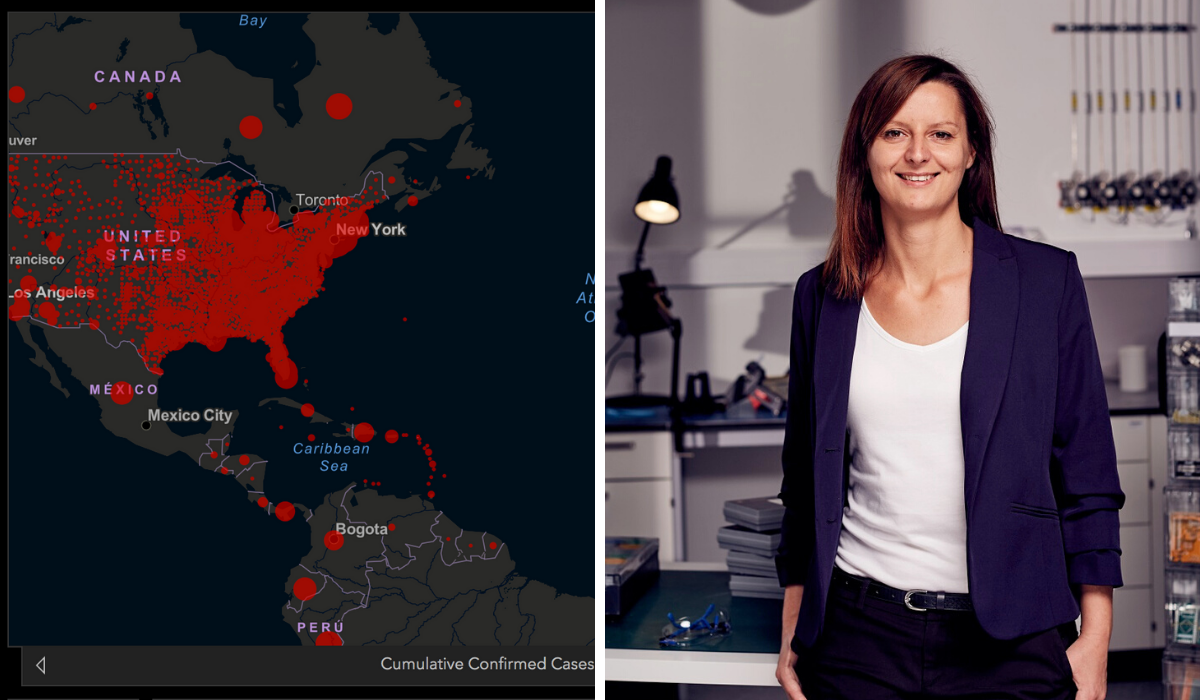 InnovateCEE: What are you currently working on?

Katarzyna Pala, business development director at SensDx: We are working on a completely new type of rapid SARS-CoV-2 tests. Unlike all others, our test will detect the virus itself, more specifically one of the virus proteins. This will make it as sensitive as the RT-PCR tests, while at the same time much faster, cheaper, and easy-to-use. It will be the perfect test for airports, borders and everywhere where there are large groups of people. And also for at-home testing.

There are plenty of coronavirus tests on the market. What’s the use of another one?

The tests that are reliable and recommended by the WHO are the already mentioned real time PCR tests. These tests consist in measuring the coronavirus molecular material in a sample and, on this basis, identifying whether the virus is present or not. It takes at least 3 hours to take such a test. In addition, the tests must be carried out in specialised laboratories by qualified specialists. PCR tests are not rapid tests that can be taken for example at the airport or during border control.

But there are also rapid tests available on the market.

This is the second type of tests, the so-called immunological tests. They are indeed quick, but they are also highly unspecific, as they detect not the virus itself, but the antibodies produced by the human body after some time in response to the presence of a virus.

So the rapid tests may give false results?

Yes. It may happen that they detect an infection, but it is an infection caused by a virus other than SARS-CoV-2. In addition, in order for such tests to work, the infection must be in an advanced stage in which the body has already produced antibodies.

What are the advantages of your technology?

Since our test detects the virus itself, not the body’s reaction to it, we will be able to detect the coronavirus at a very early stage, when it has just appeared in the body, and the patient has no symptoms yet. Moreover, our test is supposed to be as sensitive as the PCR test, while at the same time much faster, much cheaper and much easier-to-use. Everyone will be able to take it, even at home. As for the test itself and the way it is performed, we have based it on our platform designed to detect the flu virus. It is a technology invented and patented by SensDx.

READ MORE ON SENSDX: “A rapid, cheap and precise flu test that may reduce antibiotoc use” 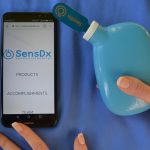 The device is based on electrochemical impedance spectroscopy. To make it simple: it monitors the electric current flow in a tested sample and measures the difficulty to pass an electric current. The electrode is covered with special biological layer that recognise surface markers of viruses or bacteria.

What stage are you currently at?

We have reached the first milestone: we have obtained the protein that we are going to use in our tests. We managed to do so thanks to cooperation with Professor Krzysztof Pyrć from the Małopolska Centre of Biotechnology in Jagiellonian University, who showed us a suitable protein that builds the capsid [the protein shell] of the virus. It is a conservative protein that does not mutate and is unique to the SARS-CoV-2 virus. This test will detect the coronavirus that causes the COVID-19 epidemic and not other similar, less dangerous coronaviruses that may also cause infections.

What are the next steps?

The second step is to create a biofilm that will be used to detect the protein. A biofilm is a mixture of molecules selected in such a way that they recognize a certain protein. It is a bit like a lock and key. The lock is a protein, and now we’re looking for a key to match it. We are currently checking different molecules to see if they are specific to the SARS-CoV-2 coronavirus, and if they do not react with any other proteins or viruses that might be around. As soon as we select the biofilm, we are going to move on to the next step, which is to produce a prototype test: we will apply the biofilm to the electrodes and test the prototype. First there will be tests on our laboratory, on proteins, and then the tests will be sent for further validation in a safe environment.

When will the tests be ready?

We assume that the prototype will be ready by the end of May, and in June the tests will undergo validation, however, this is a highly optimistic scenario. We must remember that this is an R&D process, in which it is difficult to predict all potential problems.